Some People Get More Done with Less Effort. HIRE THEM! 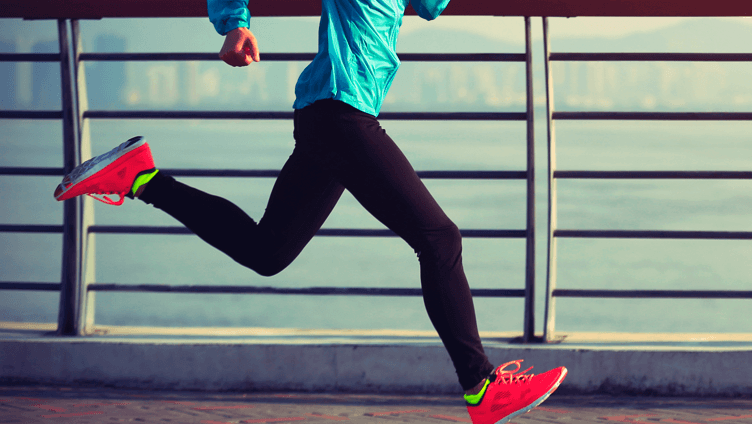 I dislike running more than just a little. Unfortunately, I’ve found it’s the most efficient way for me to prevent “pudgy” from becoming “pudgier”. So I force myself to do it; grumbling every step of the way. By no means will my pace “set the world on fire”, but it gets the job done.

My younger brother, however, runs a much faster pace. We live 300 miles apart but if we were to run my normal route together, he would finish in nearly half of the time it takes me and he wouldn’t even break a sweat. Because it’s never cool allowing your “little brother” to beat you at anything, I would try to hang with him but it wouldn’t take long for me to be bent over gasping for breath as he continued to comfortably and effortlessly stride along at his pace.

He obviously trains a lot more than me, right? Actually, no. But he likes to run. And while he does he thinks of ways to make his already efficient running stride even more efficient getting faster with less effort. In contrast I think about how great it will feel to be done with the run.

In a fast growing company, with more work to do than people to do it, assessing the efficiency of a candidates “work stride” is critical.

We’ve all known people that have an efficient “work stride”. In the same span of time, they get twice as much done as everyone else and leave work with energy to burn making it all appear so effortless. We’ve also known people that have difficulty keeping pace, grumble about all of the work, are perpetually “exhausted”, and can’t wait to leave for the day. In a fast growing company, with more work to do than people to do it, assessing the efficiency of a candidates “work stride” is critical. It’s not fair to the candidate or other employees to bring someone in that can’t comfortably “hang” with the pace.

Like the rest of the senior team in my last “business adventure”, interviewing candidates dominated my days as we scaled our teams to stay in front of the product and service demands generated by robust growth. In addition to fit with our core values (where no compromise was acceptable) we would attempt to get a sense for a candidate’s “work stride” to see how they would respond to our pace. We did this by digging for demonstrated abilities to:

1. Prioritize intelligently
Being able to discern what no one should waste their time on, even if a client believes they need it, is a necessary skill. In a business with clients that have insatiable wants and needs, only those that do what it takes to learn what does and doesn’t move the needle for the business AND THEN prioritize accordingly will succeed.

2. Act with intense focus
Giving the task at hand absolute attention until it is complete takes discipline. Those that feel compelled to immediately respond to the enormous volume of business and personal texts, chats, and e-mails get caught in a vicious cycle of having to constantly remember where they left off and refocus their attention; wasting precious time. The ability to stay focused on a single task trumps the ability to multi-task, which, in my opinion, is greatly overvalued these days.

3. Critically think
Many times the “obvious” or “easy” solution has downstream impact that creates more work and bigger problems. Over complicating a solution will have the same result. The ability to consistently break big and complex problems down and solve each piece without downstream impact is where the biggest “work stride” efficiency gains are made.

4. Excel under pressure
Some fade while others are energized and get better when they are pushed. It’s the intangible we look for but very hard to spot. The combination of grit along with the desire to refine or learn new technique to overcome a new challenge is what allows those with an already efficient “work stride” to continue to comfortably and effortlessly stride along at an even faster pace.

The pace we need to run to stay in front of the competition increases every year. People can push themselves to the limit and set the pace for a short period of time. However, the more sustainable and humane way to keep setting the pace year in and year out is to remain vigilant in recruiting and developing people with an efficient “work stride”. But that is not even enough. Leaders must also be extra vigilant in not allowing “ankle weights of bureaucracy” to develop that will slow people down. If successful at those two things, the vision of outpacing the competition without breaking a sweat can become reality.

What do Payroll and Benefits have to do with making a great work culture? Let’s talk about it.